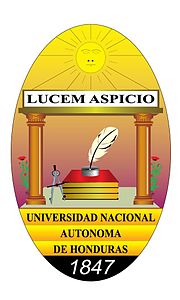 Abstract: This paper analyzes the web South Korean platform Weverse and the live video streaming service of South Korean artists, VLive, as influencers in organizing and mobilizing free work conducted by fans of the band K-Pop BTS, generating profits for the company and for the band members. The work seeks to contribute to studies that identify culture, in contemporary capitalism, as a work process subordinated to the capitalist logic of accumulation based on informational income (Dantas), the constant search for capital to reduce its rotation times (Harvey), the role of culture as an engine of social change and the commodification of aesthetic or artistic products, while restricting diversity and pluralism, can increase social participation and empowerment (Sierra Caballero and Sola-Morales) and political character of engagement (Bastos). As a methodology, bibliographic research, social networks, and specific channels for fan participation were used. Due to the theme of gender equality, defense of LGTBQ+ rights, and mental health (Kim), it found a wide market in the West.

The years 2020 and 2021 are already marked in history by the effects that the COVID-19 virus (OPAS, 2020) caused, with the measures of social isolation, initially in China, passing through to other Asian countries, becoming a word wide problem. There is another phenomenon, which has also gained international prominence: the Korean cultural industry – the “Korean Wave” (Hallyu). In February 2020, the South Korean production “Parasite” (OGlobo, 2020) was the big winner of the Oscar 2020, being the first non-English speaking production to win best film and win three other awards. The Korean production, which brings the conflict of social classes as its central theme, stimulated the search for other Korean productions (ESP, 2020) such as K-Drama, series shown on television networks and on the internet, on platforms such as Netflix, YouTube and Viki, and K-Pop, a popular music genre, in which the band BTS he simply broke all records, including the Beatles' (UOL, 2020), and in November of the same year, they became the first K-Pop group to be nominated for a 2021 Grammy Awards, of Top Social Artist at the Billboard Music Awards; since 2018, the Favorite Social Artist of the American Music Awards and TIME's 2020 Entertainer of the Year (TIME, 2020) cover, winner of the highest Artist of the Year award, at the 49th American Music Awards (AMA) held in November 2021 (Serjeant, 2021), and for the second time, nominated for the award for best performance by a pop duo/group, at the Grammy Awards 2022 (Carras, 2021). The B.T.S. occupies the US album charts, has the greatest engagement on twitter, surpassing the account of former President Trump and Canadian singer Justin Bieber, in addition to being the account that quickly reached one million followers on TikTok, just in 3 hours and 31 minutes (Berrogain e Avelino, 2020). K-Pop has become the most profitable product of the “Korean Wave,” and the BTS band is considered the main economic asset of South Korea, with its insertion in the international market (MacDonald e Bae, 2020).

Based on the works of Marx ([1858] 2011), Dantas (2006,2011, 2017), Harvey (2008, 2018), Debord ([1968] 1997), Sibilia (2016), Sierra Caballero e Sola-Morales (2021) and Bastos (2020), we will analyze the elements of the cultural industry that identify the present stage of development of contemporary capitalism. This communication also seeks to contribute to reflections on the work process subordinated to the capitalist logic of accumulation based on informational income (Dantas, 2006), the constant search of capital to reduce its rotation times (Harvey, 2008), the role of culture as an engine of social change and the commodification of aesthetic or artistic products, while restricting diversity and pluralism, can increase social participation and empowerment (Sierra Caballero e Sola-Morales, 2021) and the political character of engagement (Bastos, 2020).

Culture has been presented as the object of a process of work and valorization aimed at accumulation, based on the appropriation of monopoly rents, extracted from intellectual property, using the internet, capital empties the commodity of its exchange value, raising it to pure aesthetic use value only realized if the income generated is linked to some right to intellectual property (Dantas, 2011).

The purpose of scientific research, according to Vieira Pinto ([1967] 2020, p.23), consists in the possibility of mastering nature, transforming it, adapting it to human needs, being of extreme amplitude and complexity. The author highlights the fact that researchers and scholars in a specific field of knowledge do not conduct the due process of reflection on everything that involves their subject of study, the totality, and the social commitment that a study can achieve, and the awareness of researcher class. The notion of the totality of the Political Economy method is adopted in this study, starting with the whole until reaching more concrete issues. Thus, an analysis of the current conditions of society and the capitalist system is conducted from various scholars of the Political Economy of Information, Communication and Culture (EPICC). From the perspective of the ideological relations of work in the world of the 21st century, using the concepts that deal with the circulation of capital and the importance of the communication industry. For this study, we used bibliographical research, direct observation in social networks and in specific channels of participation of fans called ARMYs. This work is part of the studies and investigations on information capital in capitalist society, based on spectacle and consumption, which has been conducted within the scope of the Marxian Group for Research in Information, Communication and Culture (ComMarx), at the Federal University of Rio de Janeiro (UFRJ).

We identified how fans of the BTS band are the driving force to produce informational income, performing free work by sharing the contents published by the company HYBE, disseminating the products related to the band and which contributed to creation, through interaction on the platforms. Indeed, “managing the internet is a highly profitable business for financial capital” (Dantas, 2017), and it is becoming more evident every day. Using the internet, we find that capital empties the commodity of its exchange value, elevating it to pure aesthetic use value, conducted with the income generated linked to some right to intellectual property (Dantas, 2011).

There is a sense of belonging among the fans to a collective. The songs (melodies, lyrics, choreographies) attract a diverse audience in which 23% are in the Americas, 49% over 18 years old, mostly women (BTS ARMY Census, 2020) who support the band's social and philanthropic causes, inserted on the globalism agenda, and consume the product, the world spectacle that free trade offers.

The differential of this band lies in the relationship between fans and artists that provides their inspiration ("idea"), the database for artistic creation (sign work) and that is consumer and driver of this production (Dantas, 2011) using directed PSDs to that audience. The “army” (ARMYs) that follow the BTS band has been attracted by the critical and sensitive artistic content, the beauty and performance of its members, and has been captured by capital, as highlighted by Bastos (2020, p. 216), demanding from all EPIC scholars a critical look at digital citizenship and engagement in the digital environment. By the band theme, gender equality, LGTBQ+ rights defense, and mental health (Kim, 2018), we verified that the B.T.S. found a large market in the West.